I’ll be spending the next five days in Vienna and cannot wait to explore the food, music, architecture, history and shopping in this beautiful city.

My first trip to Austria eight years ago doesn’t really count. I was driving down to Hochhäderich to go skiing with my German host family and I fell asleep in the back of the car and totally missed the “Willkommen in Österreich” sign. Everyone still spoke German, but with a slightly different accent.

I was a high school teenager, not yet a food writer. The only memorable Austrian food I ate was germknödel – totally delicious balls of dough filled with jammy plum and swimming in a pool of warm butter. They’re topped with enough crushed poppy seeds that I most certainly would have tested positive for opiates after a week of eating these for lunch. These Chinese bao bun and jelly-filled doughnut hybrids are steamed, not fried though, so they are healthy! If you can overlook the butter sauce it’s swimming in. 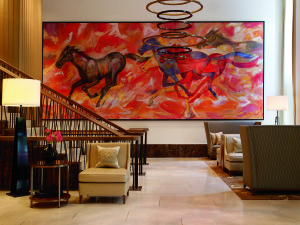 Lobby at The Ritz-Carlton, Vienna. I love the horse motifs!

But I digress. For all intents and purposes, yesterday was my first day in Austria. And it was glorious. Overnight Austrian Airlines flight direct from Chicago to Vienna was lovely. Cute checkered blankets to snuggle under, eager and attentive flight attendants that kept my glass of Duval-Leroy topped up and plenty of good movies to watch with complimentary noise-cancelling headphones. The food was actually quite good as well, including an unexpected green tea semifreddo for dessert. 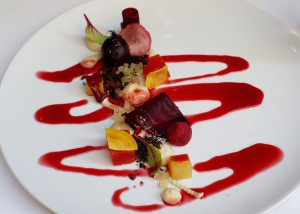 Beets at TIAN in Vienna 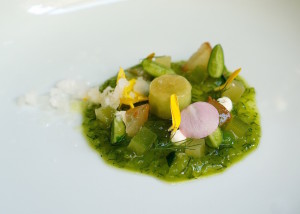 I landed on a bright and sunny day, checked into The Ritz-Carlton, Vienna, my home for the week, early and freshened up for lunch at TIAN, Austria’s only Michelin-starred vegetarian and vegan restaurant. Followed by a relaxing imperial rose ritual at the Ritz-Carlton Spa, inspired by Empress Elisabeth (Sissi) and Vienna’s rose gardens. First a Susanne Kaufmann salt and oil body scrub followed by a hot stone massage with rose geranium oil. I can’t think of a better way to get over jet lag. 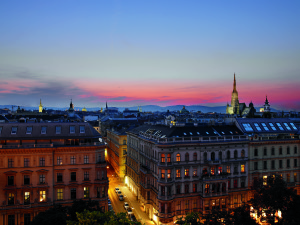 Then, as the sun was setting, I wandered the first district of Vienna, past the State Opera House (where you can watch the opera broadcast live on TVs outside for free!) to Schokov for a chocolate tasting of 20 different chocolate bars. Yes, 20. I didn’t eat 20 entire bars, mind you, but I had squares upon squares that probably added up to a good four or five full bars. And not even a tummyache afterwards. I’m a pro. It was fun to try so many new chocolatiers and chocolate makers including a few Austrian ones I was unfamiliar with, like Martin Mayer, Bachhalm and Pichler.